← more from
B3SCI Records
Get fresh music recommendations delivered to your inbox every Friday. 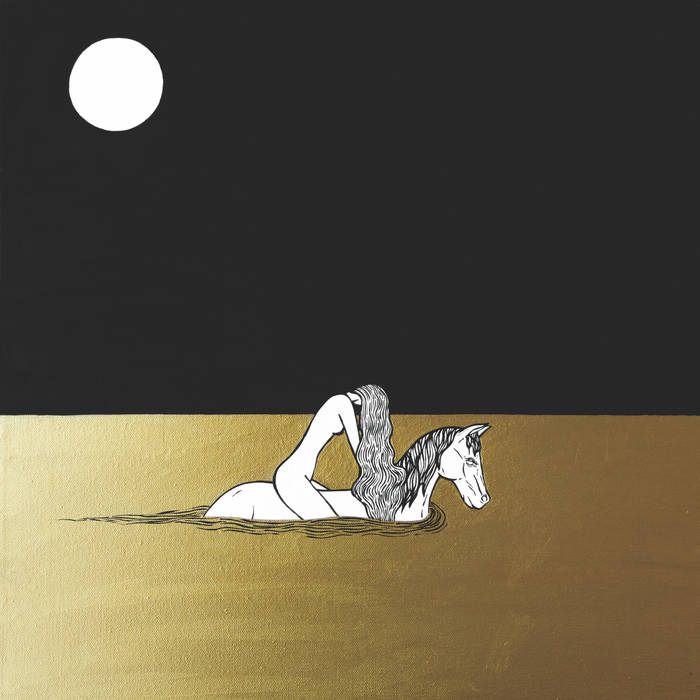 Martin Rabot the A-side is untouchably beautiful; it brings me near to tears every time i listen to it

On April 19th, Moses Sumney released his special one time collaboration with B3SCI Records - a limited edition and debut physical 7" created especially for Record Store Day. The pressing is limited to only 500 copies of the 33 1/3 RPM, black vinyl and features the piece 'Moonlight Wanderer' by artist Michelle Robinson on the cover. Each side features a Moses Sumney original. Side A- titled "Scratch The Surface," a stunning collaboration with (and) production from Mocky (Feist, Jamie Lidell) and Side B- titled "Forlorn Fantasy." The 7" is available at over 200 independent record stores throughout the US, as well as limited quantity on tour with Moses Sumney and at B3SCI Records' online store.

Moses Sumney is an independent artist living and working in Los Angeles. He debuted his first-ever recorded music on April 8th, a five song EP titled Mid-City Island. Sumney has played with Beck, toured with Solange, and is currently on tour with Local Natives. He was named one of LA Weekly's "top ten artists about to blow up" and has been supported with early airplay from KCRW.

B3SCI Records is a new boutique vinyl imprint based in Los Angeles, CA that specializes in only the most relevant music of tomorrow. B3SCI Records is a division of the music blog blahblahblahscience. "We were first introduced to Moses Sumney during a B3SCI Presents gig at The Bootleg in LA almost exactly year ago on April 22, 2013," said Mike Clemenza of B3SCI. "Moses opened the evening's show and absolutely captivated (or rather shocked) attendees with his unmistakable soulful croon, augmented by a natural ability to use live performance the way a visual artist uses a canvas. Our infatuation with Moses grew since that date, and as B3SCI Records launched it's boutique vinyl imprint in late October of 2013, naturally, Moses was one of the first conversations we'd started. The mere concept of being able to share Sumney's craft with the world became a pinnacle dream of ours."

Scratch the Surface: Written by Moses Sumney & Mocky. Produced by Mocky with additional production by Casual Psychotic. Guitar and vocals by Moses Sumney. Piano by Joey Dosik. Strings by Molly Rogers. Mixed by Renaud Letang and mastered by Mandy Parnell.

Bandcamp Daily  your guide to the world of Bandcamp